Y’all, today is my 19th wedding anniversary and I thought I would share one of the simple ways that my husband and I celebrate our marriage: The Anniversary Journal.

Before I explain The Anniversary Journal, let me share that I am not a journal person. I am a blog person. I know journalling has all kinds of benefits and can be very therapeutic. I have done some journalling here and there over the years – for example, I wrote down each of my children’s birth stories and I like to take notes during therapy sessions and church. But I don’t sit down and journal my day-to-day thoughts and experiences. I love lists! Sometimes I use my journals to write lists and I even tried bullet journalling while I was recovering from foot surgery. Didn’t keep it up. I love notebooks and pens, so I have quite a few and though they all hold a lot of promise, the only journal I have ever used consistently is The Anniversary Journal.

I bought a simple coiled notebook way back in August 2000 before our first wedding anniversary. The concept is simple: once a year, on our anniversary, my husband and I each make one entry to share our thoughts and feelings on that day. Once a year journalling – that is why I am able to do it consistently! Ha!

Now here’s the sad confession: we have missed entries!! Life has either been too busy, or we have been on vacation and forgotten to bring the journal, or, if I’m being honest, there have been some valley periods when I just didn’t want to record my thoughts and feelings for all posterity. Any person married for more than a few years probably understands this. With The Anniversary Journal, that’s no problem. The journal is yours to personalize as you like and sometimes a blank space speaks volumes about how far you’ve come and the depth of your love.

How to Celebrate Your Anniversary

My husband and I usually try to go out for our anniversary, but that doesn’t always happen. There was the year I started this blog, back in 2012, when my husband was still out of work and we dredged up gift cards and begged his parents to babysit in order to afford the dinner.

We have had memorable anniversary dates – we went to Quail’s Gate Winery in the B.C. Okanagan valley for our 10th  B.B. (Before Blogging), and to San Francisco for our 15th …

And one year we celebrated off the grid during a canoe trip to Murtle Lake. 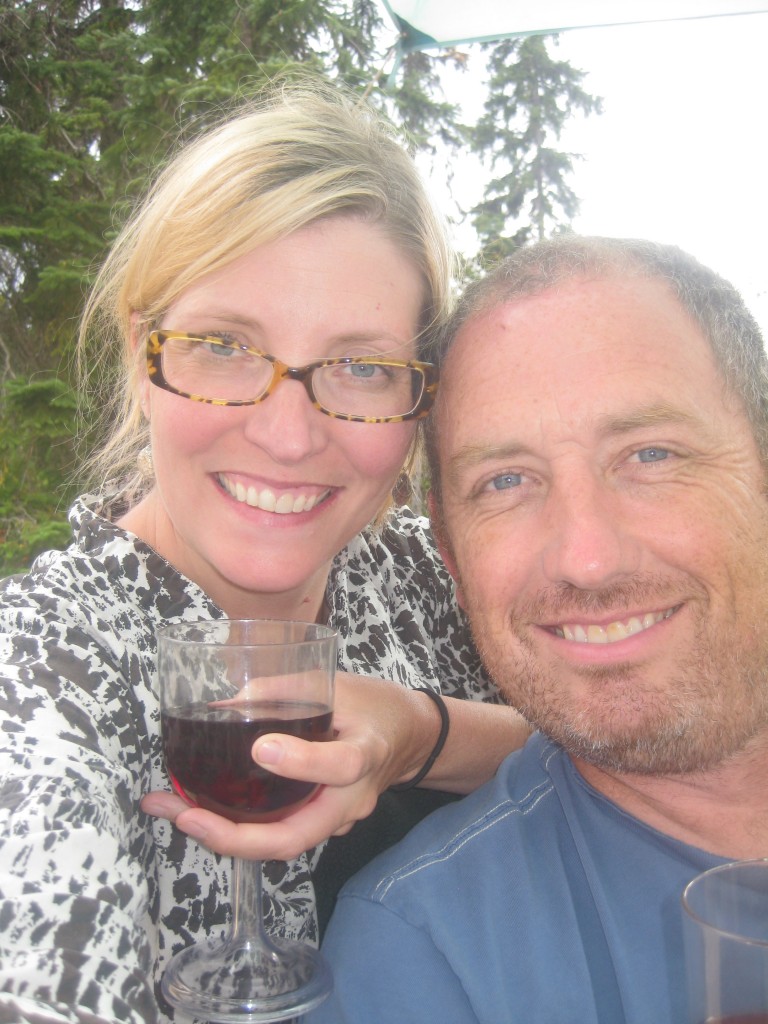 Other years we have just celebrated at home. There was one year my husband was in charge of picking out a DVD to rent for our anniversary and he selected the original Girl with the Dragon Tattoo with subtitles. That was not romantic, never do that.

I know there are traditional gifts for each anniversary but it is just too hard to abide by those guidelines. Neither of us really cares if we get a gift at all; it’s not our love language so neither of us feels bad when we admit we didn’t get the other a gift! Instead, I prefer experiences – like the time we went thrifting on our anniversary and my hubby scored Hugo Boss…

This year, our anniversary falls on Back-to-School Eve and we are on a tight budget so we did not go out. We had a lovely dinner in, prepared mostly by our kids and enjoyed by 1 out of 3 kids. Dinner was followed by a discussion on what is more expensive than the $2 cab sav we were enjoying, followed by breaking of the butter dish and accidental ripping of the towel bar from the wall. All part of married bliss. After all that, we got the kids tucked into bed, wrote in The Anniversary Journal then 1 out of 2 spouses promptly fell asleep.

The Anniversary Journal is free, meaningful and gave us plenty to chat about as we reflected on the past 19 years and pondered the years to come. (I may or may not be pondering a nice big party next year with all the people we’ve come to love since getting married in 1999 – mark your calendars now and start saving your Airmiles for Houston!)

How do YOU celebrate your wedding anniversary? Are YOU a journal person? Would you consider keeping an Anniversary Journal with your spouse?! Let me know in the comments!

Happy Anniversary Mr. Style, slumbering though you may be, you’re still the man for me. Love you.

PIN this post to your MARRIAGE board and remember to 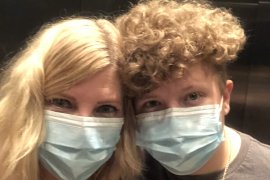 My Son’s Experience with an Aneurysmal Bone Cyst 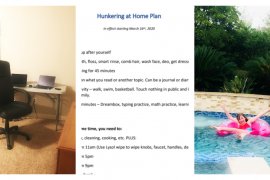 Hunkering at Home Plan for Surviving the Coronavirus 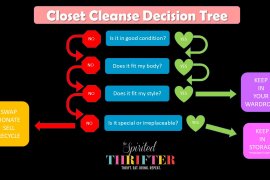