I did not even know today is National Coffee Day when I made a quick little video on how to make Spanish Coffee this morning! All the more reason to read on and make yourself a quick cuppa before the day is done!

What is Spanish Coffee?

Spanish Coffee is basically coffee + liqueur + cream. Sounds like camping coffee to me, but we can go ahead and call it “Spanish” since that’s how you’ll find it in Google. I have no idea why it’s called Spanish, though. I don’t think people in Spain necessarily drink coffee like this. I suspect it happened when someone wanted to make their morning treat sound fancy!

What is in Spanish Coffee?

You can use espresso or any coffee you like as your base for this breakfast bevvie. I used Starbucks Via since that’s what I drink on the regular. I’m the only coffee drinker in my house and though I have a French press, I’m usually too lazy to use it. I used half and half cream but you could also use fat free,18% coffee cream, or heavy cream. For the liqueurs, most recipes for Spanish Coffee call for some combination of the following three:

Use what you have and experiment with quantities. I can’t imagine any of the combinations would taste bad but I’m willing to experiment over the next several Saturdays to be sure! 😉

How do you make Spanish Coffee?

That’s it! This is a warm, soothing, delicious beverage to have on a relaxed weekend morning or after dinner – though you might want to switch to decaf then!

Hope you try it and when you do, hope you enjoy it! 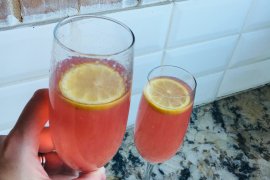 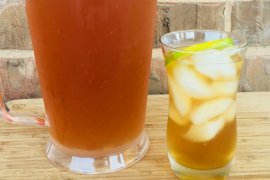 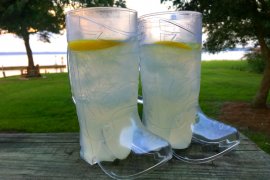