“There’s a new thrift shop in town!”  I don’t get to say those words very often but Edmonton was lucky enough to have the second Alberta franchise of the popular American secondhand store, Plato’s Closet,  open its doors in December! 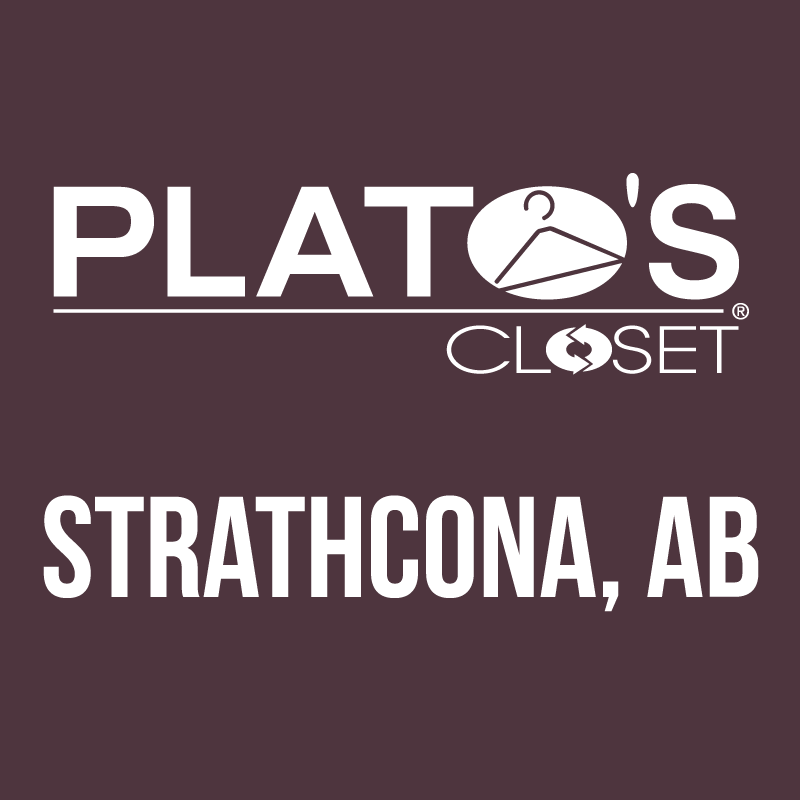 I’ve been watching American thrift-fashionistas flaunt their Plato’s Closet wares on social media for a few years and was thrilled to learn one was opening in Edmonton!  I have been wanting to get in there and check it out, especially after reading the great review by Life Preloved, and finally had the opportunity this weekend!  It did not disappoint!

I usually start in the shoe section of a typical thrift store, but Plato’s is set up with rows of clothing and the shoes atop the rows by size, so instead I started near the doors and worked my way through the store.  A notable and very nice difference between Plato’s and a typical thrift store is that there were friendly sales associates to gather my selections and take them to a fitting room while I continued shopping!  Like Life Preloved, I found the selection to be great though geared towards a younger demographic.

Another notable difference compared to typical thrift is that Plato’s staff do some of the “sorting” that die-hard thrifters like me are used to do doing – that means that brand name bags and wallets are behind the counter and organized by label.  This is convenient but does diminish the thrill of the hunt a bit.

I chatted with Plato’s owner, Laura, and get this!!!!  She’s an Occupational Therapist just like me and my shopping partner for the day!  OTs unite!!  (Next we need a TV show, don’t get me started.)  Laura shared some good info about Plato’s closet.  The number one most important thing you need to know about Plato’s Closet is that they are the only Edmonton store where you can bring in clean and gently used items for immediate cash rather than traditional consignment.  Staff look up the items, make an offer of what they’ll buy for what amount, and then you can take the money and run, or apply it to your purchases.  I brought in six items and was pleased to receive $17.60 for four of the items which I then used for my purchases.  The whole process was quick and straightforward – appealing to people like me who don’t have time for multiple trips to the consignment store and hate dealing with selling items.  Laura said they accept men’s and women’s shoes, clothing and accessories but do not buy sunglasses, watches or any undergarments except athletic bras.  There was a huge selection of workout gear and hoodies – good news for people who work out; there were no blazers – bad news for people like me who collect secondhand blazers rather than work out.  I asked Laura what happens to pieces that don’t end up selling and was pleased to learn that they donate any such garments to the Bissell Center and the Youth Emergency Shelter.  Laura has also already formed good relationships with other local consignment shops – I felt a real sense of community in Plato’s Closet which classifies it as little thrift in my mind despite that it’s an international chain.  Of course, I had no troubles finding pieces to try on…

I found a good selection of high and low-end brands including my fave, Anthropologie.  Prices were fair, most around the $10 mark give or take $5.  Here’s what I scored:

There were many pairs of high-end denim for $12-$20 – a great deal for jeans like these that retail for over $200!  This particular pair had a small flaw in the coating so Laura discounted them 10% at the till – totally worth it!  I can’t wait to wear them!!  Thank goodness Janet found some other pieces so I didn’t have to feel too guilty about stealing her pants…

I had such a lovely afternoon with Janet who had never been thrifting for herself!!  How could I have let this happen?!!  In any case, Janet LOVED Plato’s Closet!  She, like many people, was concerned about being overwhelmed by a typical thrift store with racks and racks of unsorted merchandise.  She remarked that everything was great – good condition and stylish.  So, Plato’s Closet may be especially good for beginner thrifters or those that may not enjoy sifting through the racks for the viable options.

All in all, I was thrilled to thrift at Plato’s Closet!  It’s another option for shopping in a more sustainable way without breaking the bank.  The prices were fair to great AND they have bag sales of up to 90% off – so be sure to follow them on Facebook and Instagram so you don’t miss any good deals!  Some other random thoughts…

Look for my review on Yelp sometime soon and get yourself to Plato’s Closet ASAP! 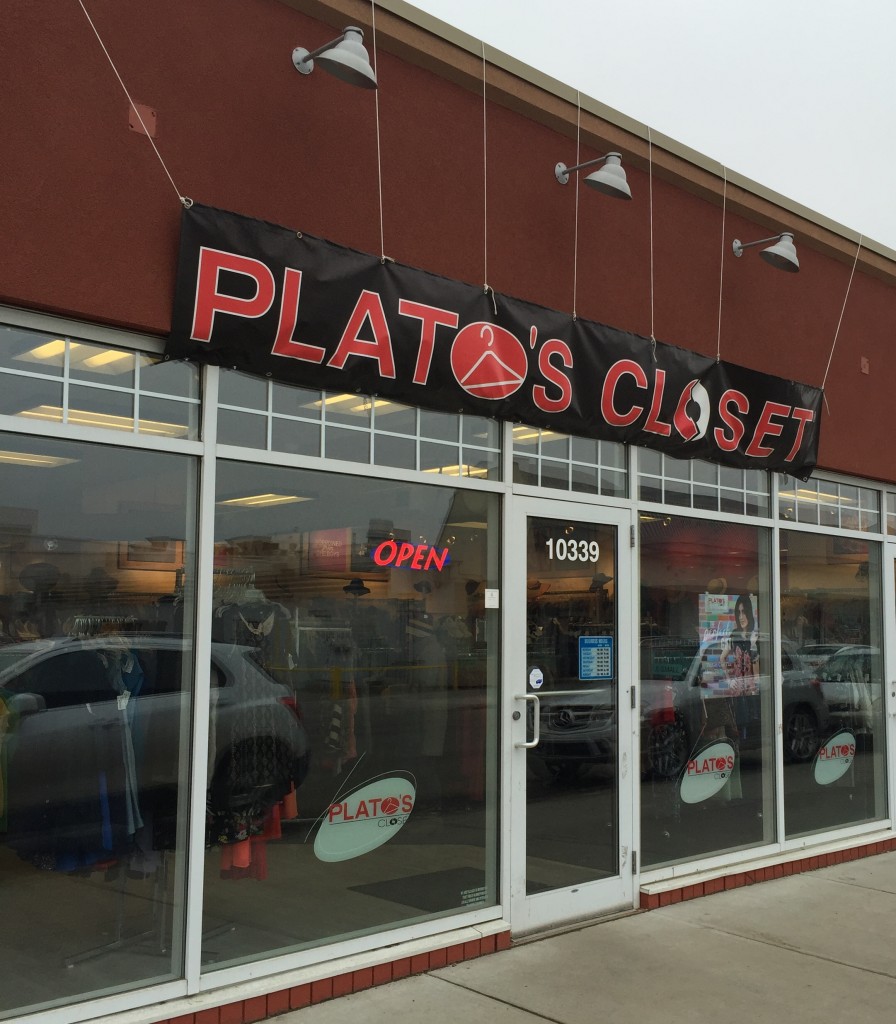 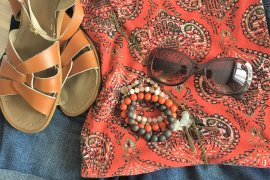